Community History Is Important To A Community On Lake Erie

The community of Avon Lake showed their respect for community history in the dedication of a model of the Spirit of St. Louis. The original monoplane was flown from New York to Paris by Charles Lindbergh in 1927. At only 25 years of age, the American aviator gained fame throughout the world with his solo ​nonstop 3,600-mile flight across the Atlantic Ocean in 331⁄2 hours.

Later that year, the Coca-Cola Bottling Company donated and erected 150 models of the iconic airplane throughout the state of Ohio. The community of Avon Lake, Ohio was proud to keep the last erected model at Kekic’s Gas Station as a landmark in the community until the early 1990s.

Tony Tomanek, born and raised in Avon Lake, grew up living just a couple doors down from Kekic’s Gas Station and he still remembers how he and the other neighborhood boys admired that model airplane. At that time, Mr. Kekic would tease Tony that the plane could be his if he could climb up the tall pole to bring it down.

As President of the Avon Lake Historical Society, Tony helped the dreams of many people take flight this year. Community locals and businesses worked together, generously donating time and resources. In addition, a local Boy Scout achieved his Eagle Scout ranking with this project.

At a time when other communities are witnessing the destruction of statues, this proud community on beautiful Lake Erie dedicated the model airplane with a broader perspective. The model airplane at Kekic’s gas station was a symbol of a famous historic event but it affected the local history of a small town, as well.

Tony’s advice for aging gracefully is to stay active! And he is certainly a model for us all to get busy and just do something! Big THANK YOU to Tony Tomanek!

Do you have an appreciation for local history?

Do you agree that we are doomed to history repeating itself unless we can learn from it?

If you are a history buff, you might enjoy watching Sheri Newman-Spenzer talk about leaving her legacy by writing books on the history of Avon Lake! 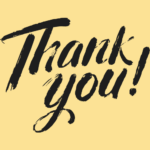