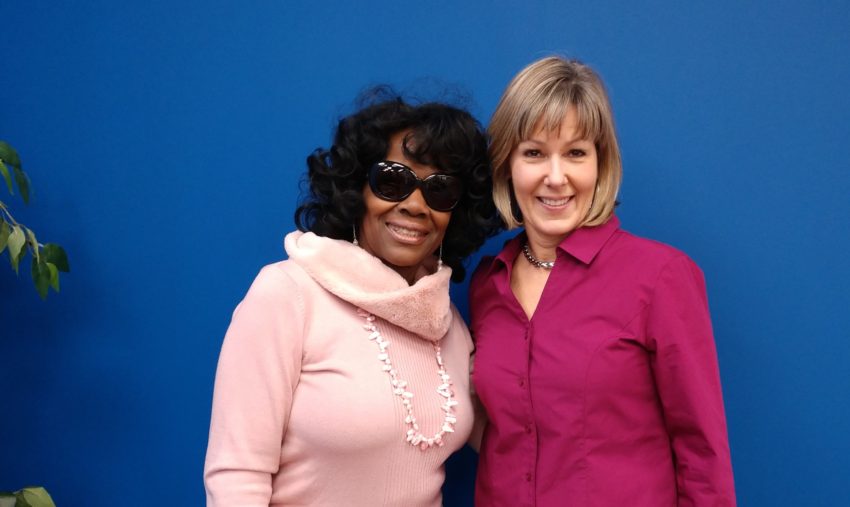 Hazel Chapman is known as a singer, songwriter, poet, author, and host of “The Hazel Chapman Show” but she’s also a fearless and fun woman who lives not far from me in Avon Lake, Ohio.

When I first met Hazel at a luncheon,

I thought she was a great example of a beautiful woman aging gracefully!

It was a while before I connected her name to one of her two daughters:

And, the more I know about who Hazel is, what she has done in the past, and how gutsy she still is, the more I like her.

One day, we were with a group for lunch at an entertainment center in Avon. After we finished eating, Hazel asked, “How do we get up there?” and she pointed to a rope course 20 feet up above us.

Oh, yes, Hazel was definitely going for it, and once she got up to the ropes, this unstoppable woman traversed it without reservation or trembling. As for me,  I couldn’t keep up and I was noticeably shaking. You can read more and see the pictures here.

That’s when I started thinking, “I MUST get an interview with her on my show!”

Finally, in the same studio that Hazel had once had her own show, she came to speak with me as my guest. She told me her story of growing up as the youngest of seven, how much she adored her mother who modeled fearlessness to her, taught her how to fish, and always be self-sufficient.

Hazel was employed by the time she was 13 years old and worked in politics long before she could even vote. She used her talents and tenacity to become one of the first female professional football players in the U.S., raise two daughters by herself, advocate for social rights, fair pay, and justice for abused women, build an entertainment career, and then, author three books of poetry.

You’ll enjoy watching this episode of Aging Gracefully with Hazel Chapman. Watch her singing at the very end!

In the comments section below, you can tell Hazel how much you’ve enjoyed the interview!

Big THANK YOU to The Normandy Senior Living for making this episode of Aging Gracefully TV possible!

5 thoughts on “Singer, Songwriter, Poet, Author, and Host of “The Hazel Chapman Show””

Let’s Get Connected For MORE FUN!