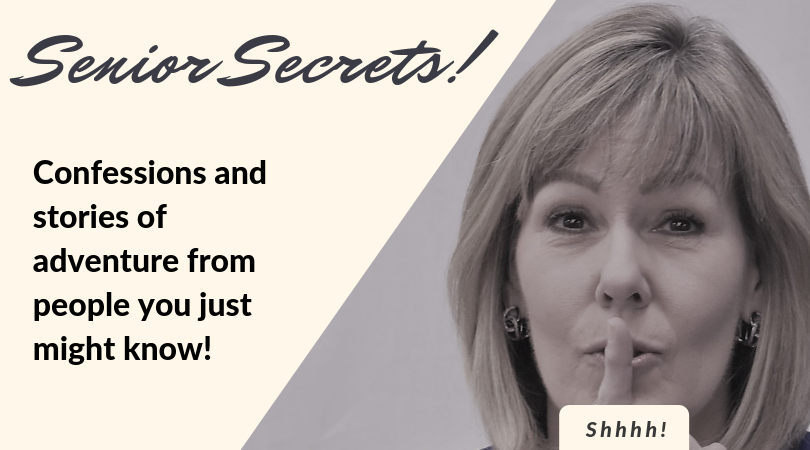 I’m not quite sure how this conversation got started as I was teaching Strength & Balance class this week, but we got onto the subject of hitchhiking “back in the day.” When I told my second class, they jumped in with their stories, too!

My students’ hitchhiking tales were fantastic and fun, and I thought you might enjoy them, too!

One woman said she and another young woman were picked up by policemen who drove them directly to a local bus station. She said, “They were even going to give us the money to pay for our way home, but we admitted we actually had enough to pay our own way. We just wanted to hitchhike!”

Another woman said, “I didn’t have a car and I lived in a rural area, so it was the only way I got around. But, my worst hitchhiking experience was when I had to ride in the back of a fish truck!”

A World War II vet told us, “When I was wearing my uniform, it was pretty easy to hitch a ride!”

One woman said her mother never found this out… She and her sister were going to buy a rail pass when they arrived in Europe, but the girls thought it was too expensive when they got there. Instead, they hitchhiked their way through European countries for a summer!

A Vietnam vet said, “I hitched a ride on a helicopter. Does that count?”

A woman laughed and said, “I hitched a ride once, but once I got in, I was afraid to shut the car door tightly!”

Several people said, “It was the only way we ever got home from college!”

Only one scary story surfaced…

Before they were married, one woman was waiting for her soon-to-be husband to arrive for their date. However, the fiancé had stopped on the highway to help out three men whose car was broken down on the side of the road. As it turns out, the hitchhikers had stolen that car, were running from the law, and as she waited for her date, he was being robbed at gunpoint, but lived to give his reason for being so late!

We don’t see hitchhikers very often anymore but it used to be quite commonplace.

Let’s have some fun. Tell me the truth… Did YOU ever hitchhike?

You don’t have to tell your real name. You can just type ANONYMOUS for your name and email address if you want to tell your secret in the comment box below!

Tell me your story!