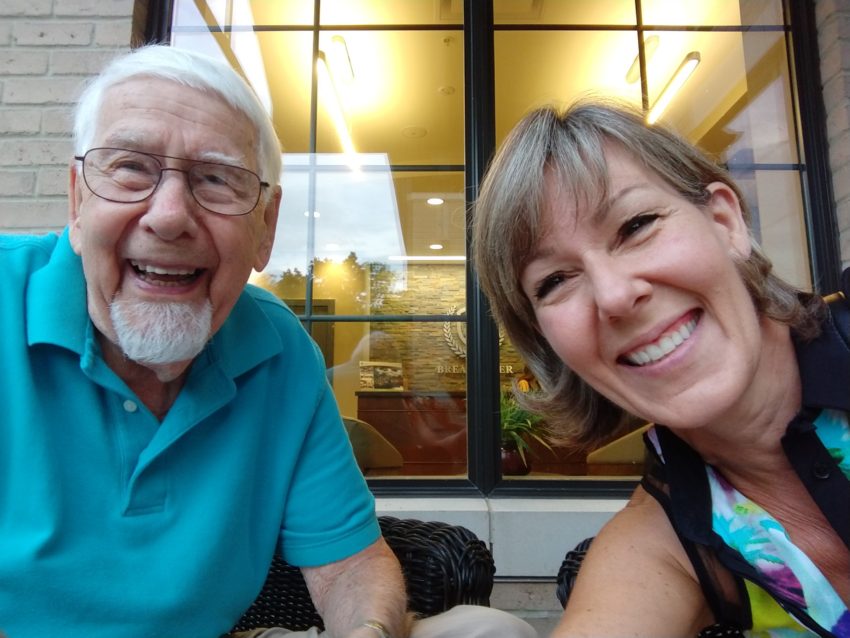 Bob Wicktora is a dear friend and unstoppable inspiration. At 97, he continues to work out daily, although he says he’s “not spry” anymore. He still gets up and down from the floor daily when he works out with hand weights and resistance bands. His nickname is “Strong Man!”

He believes happiness has been a big part of keeping him alive. He keeps an active life and loves the outdoors. He’s motivated to continue to live independently.

Bob says he has had to make adjustments over the years. He says, “If you don’t make adjustments, you don’t have a good attitude toward growing old.” As an example, he has always loved working with wood but he doesn’t have a workshop now. He still works on projects but they have to be scaled down.

Family Is A Priority

Bob Wicktora has always enjoyed his family. Although one son passed away from a brain tumor, he feels fortunate to have his other three adult children be around him often. Additionally, he has grandchildren and great-grandchildren that he adores.

Most all of his lifetime friends have passed away by now. Fortunately, he lives in an independent senior living community that allows him as much social time as anyone could want.

Bob Wicktora passed away May 19, 2020 at 97-1/2 years. He had no in-person contact with friends or family for over two months prior to his passing, as a result of government mandates during the pandemic.

He was my greatest fan, offering continuous encouragement and inspiration. He taught me to never stop striving to be my best self, yet also to accept change and be prepared to make adjustments as I continue aging gracefully!

Bob and I emailed almost every day for three years prior to his passing. We also spoke on the phone regularly until his very last week, when he told me he had given up. He asked me to never forget him… and surely I never will. God bless Bob Wicktora, my oldest friend.